Tall perennial true grasses of the Andropogoneae tribe include many of the most economically important crops.  Sorghum, corn, and sugarcane are three of the more important members of this group.  Considerable attention has been given to the processing of leaves and seeds of these grasses for both genetic and biochemical testing.  However, less information is available on processing of woody stem regions of these true grasses.  Stems are characterized by a high concentration of vascular tissue as well as a higher overall thickness of the samples.  This fibrous element of the plant can make sample processing, and in particular generating a homogenate, relatively difficult as compared to leaves and seeds.  Although seeds often have hard coatings, the endosperm is generally easy to process.  Vascular tissue presents a greater challenge in that xylem and phloem are predominately cellulose and resistant to shearing and grinding. 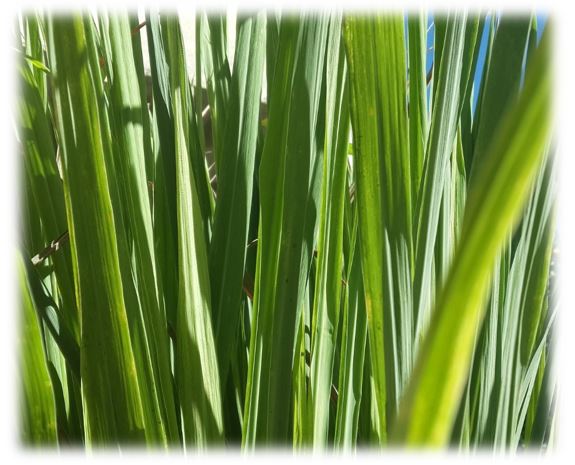 This short study examines different options for homogenizing fibrous stems from the tall perennial true grass, lemongrass.  In order to ascertain the degree of homogenization, the liberation of peroxidase will be used as a marker of the efficiency of processing.

Homogenization: Lemongrass was homogenized and lysates were assayed for the hydrogen peroxide- scavenging enzyme in plants. A known mass, 60 mg cross-section of lemongrass stem, was placed in a microfuge tube or polycarbonate vial with 200 µl of 0.1 M sodium citrate buffer, pH 6.0, and various grinding media, as described in Table 1. The samples were processed by bead beating with the HT Mini™, HT 24™, GenoGrinder 2010™ or HT Homogenizer™ II bead beaters. A summary of each method is found in Table 1.

Peroxidase Assay: Homogenates were transferred to glass culture tubes and brought up to a final concentration of 1 mg lemongrass/10 µl citrate buffer. The lemongrass homogenates were then cleared by centrifugation prior to enzyme analysis to remove peroxidases bound to debris and tissue particles that were not thoroughly processed. Peroxidase activity was measured using a TMB substrate solution. This was prepared by diluting a 10 mg/ml TMB in DMSO solution 1:100 into 0.1 M sodium citrate buffer, pH 6.0. The TMB solution was added to citrate buffer drop wise while swirling. A 3% hydrogen peroxide solution was then added in a ration of 30 µl/ 10 ml TMB/citrate buffer. The assay for peroxidase was performed by dispensing 100 µl of substrate buffer prepared above to a well of a microplate followed by the addition of 1 µl of cleared homogenate. The enzyme reaction is placed in a kinetic plate reader and optical densities at 650 nm are measured every 30 seconds for 10 minutes. Peroxidase activity is calculated as the maximum slope of the reaction.

The yield of peroxidase liberated from lemongrass samples was influenced by a combination of the homogenizer and grinding formats. Homogenizers, vials, tubes, balls, satellites, and garnet all seemed to impact results.

Fibrous vascular stem tissues are resistant to damage and are challenging to effectively homogenize. However, effective processing of stem tissue was possible using large grinding balls and the linear high throughput homogenizers. Though all methods used did liberate peroxidase, the fibrous nature of the sample required much greater force to more thoroughly homogenize the tissue. This can be associated with stainless steel balls by which the size and density creates more force upon impact.

Bead beating instruments vary in the number of samples that can be processed at one time, physical motion and speed at which the samples are agitated. Three of the four homogenizers tested move the tubes/vials in a linear or near linear motion. The HT Mini™ shakes one to three 2 ml screw cap unskirted microfuge tubes in a slightly arching motion. The tubes are oscillated with a small shaking arm between 2800 and 4000 rpm. The GenoGrinder 2010™ and HT Homogenizer™ both have platforms that oscillate linearly. The GenoGrinder 2010™ has a vertical motion while the HT Homogenizer™ moves horizontally. All three of these machines generated comparable results with grinding balls. The HT 24™, which holds up to 24 microfuge tubes, uses high-speed (2400-4200 rpm) figure-8 multidirectional motion disrupt up to 24 samples. For hard tissue samples, the “figure 8” motion appears less effective than the linear motion of the other homogenizers.

In all cases, homogenization with a large stainless steel ball was more effective at releasing peroxidase in lemongrass in comparison to homogenization with a zirconium oxide satellite and garnet (Figure 1). Although homogenization with stainless steel balls in the HT Mini™ and HT Homogenizer™ liberated similar amounts of peroxidase, the number of samples that can be processed daily is vastly different. Contrasting the HT Mini™ and HT 24™ which can only homogenize samples in microfuge tubes, high throughput homogenizers such as the GenoGrinder 2010™ and HT Homogenizer™ can process samples in microfuge tubes, deep well plates and vials. These high throughput homogenizers are not only efficient at processing hundreds to thousands of samples daily, but they can also accommodate large vials to process samples that cannot be processed in bead beaters designed for microfuge tubes.

Mixed mode matrices using media such as garnet and grinding satellites have proved very effective for homogenizing many difficult to tissues, such as skin and sclera. However, the effectiveness of this media on Lemongrass was much lower than the grinding balls. This illustrates how samples must be matched to a particular grinding media to ensure efficient homogenization.