A follow up to the “Evaluation of the Synergy™ Rapid Plant DNA Isolation Chemistry” study.

This research paper is available as a PDF through this link.

A recent study by OPS Diagnostics examined and compared several methods of isolating DNA from plants (link). Parameters examined were DNA yield, purity (as measured by 260/280 and 260/230 ratios), and whether the DNA would amplify by standard PCR. The study concluded that the Synergy™ Plant DNA Extraction Kit is equal to or out performs a traditional CTAB method and DNeasy® kit for DNA isolation from several plants tested, including rye, rice, corn, sorghum, soybean, wheat, and rape seed. This addendum supplements the previous study by examining plant DNA isolated by the same methods and its subsequent analysis by qPCR. The objective is to assess the relative effect of each DNA isolation method on quantitation. 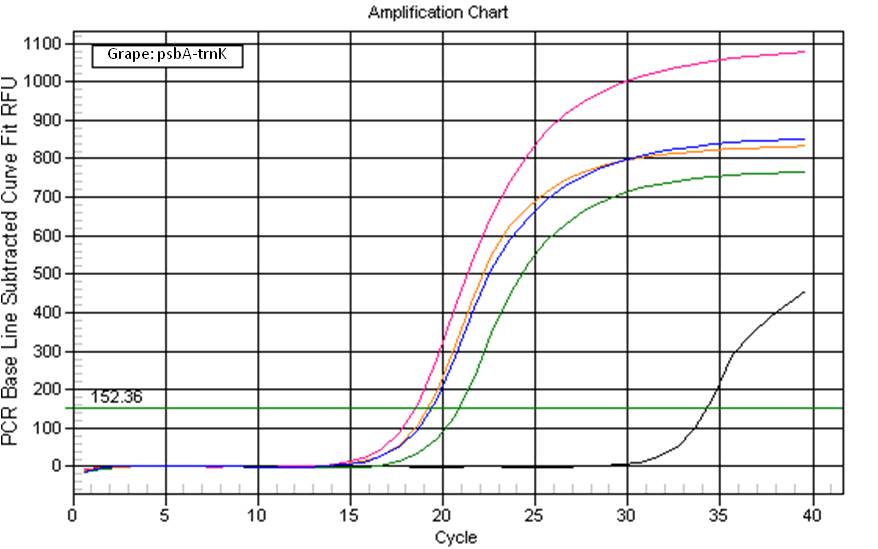 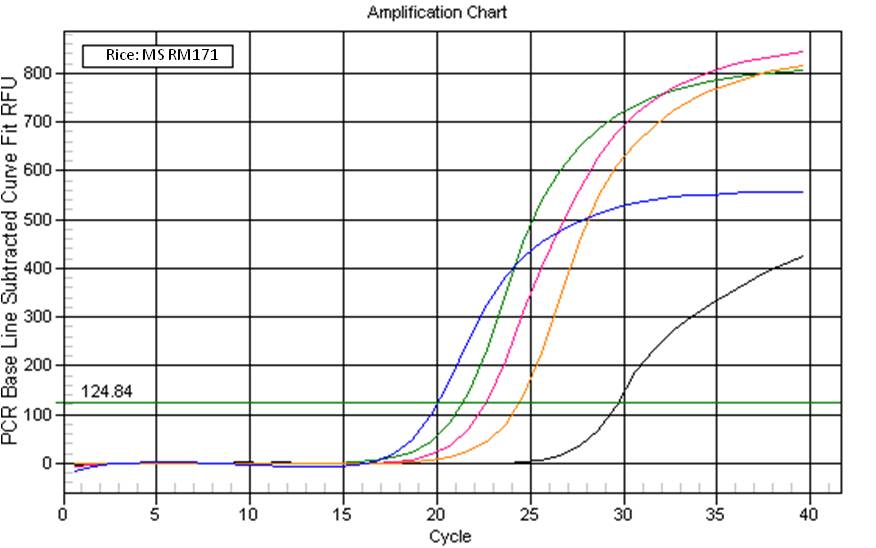 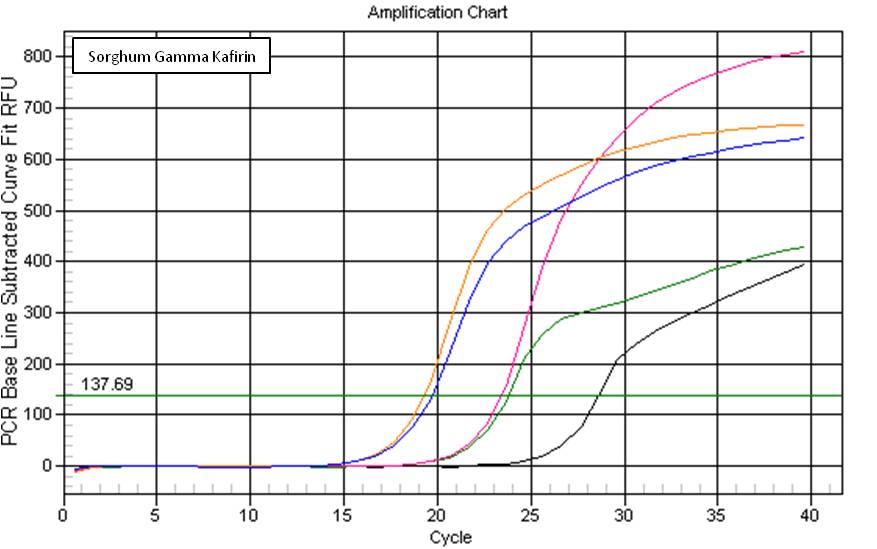 The plant kingdom is an incredibly heterogeneous group of organisms, which is illustrated in the diverse, species-specific biochemical composition of plants. In molecular biology, the species-to-species variation in polysaccharide and polyphenol content alone complicates the process of isolating DNA from plants. These biochemicals frequently contaminate DNA preparations and often negatively affect downstream manipulations of plant DNA. The qPCR reactions with grape, rice and sorghum samples clearly reflect the diversity of plants and the graphs illustrate how the differences in biochemistry can affect individual reactions. Furthermore, the methods evaluated in this addendum for isolating DNA from different plant tissues demonstrate that not all methods produce the same results; there is not any one method that shines brightest for all plant species.

Relative fluorescence of the grape leaf PCR product shows not only that all four reactions were successful, but also that the specific DNA isolation method used clearly impacted results. Synergy™ lysate generated the greatest fluorescence, while DNeasy® and Synergy™ with IPA precipitation followed. Using a traditional CTAB method generated the least signal. When compared to the starting concentration of DNA in each preparation, the relative fluorescence is in order. The concentrations of DNA (ng/ml), in decreasing order, were 36 (Synergy™ lysate), 25 (DNeasy®), 18 (Synergy™ IPA), and 17 (CTAB). With the exception of CTAB, which had low relative fluorescence, the remaining fluorescent signals are very much in proportion with the starting concentration of DNA. Thus, with grape leaf, DNeasy®, Synergy™ IPA and Synergy™ lysate are comparable methods. This is significant as grape is high in polyphenolics and is often a difficult source of DNA. Interestingly, the CTAB method gave less sensitive results though DNA was present in greater concentrations as measured by fluorescence.


The relative fluorescence levels of the rice leaf qPCR suggest significant differences between DNA preparations. Unlike grape, the Synergy™ IPA precipitated sample generated the most robust signal, while

A closer examination of previous PCR results for the sorghum gamma kafirin promoter shows that the primer set used for this amplification may exhibit significant non-specific priming. Indeed, PCR in the original study (link), which used the same DNA preparations, showed significant primer dimers or non-specific product from the Synergy™ IPA precipitated sample, yet very low yields from the DNeasy® sample. Consequently, results may be more of a factor of the primer set than DNA isolation method.

DNA isolated using CTAB, DNeasy® and Synergy™ methods (lysate and precipitated) generated relative fluorescence for two of the three plant species investigated. Grape and rice displayed fluorescence very much in association with the concentrations within the DNA preparations. This association suggests that all methods produce DNA that can be amplified and yield results relative to the concentration in the tube. Overall yield of DNA between the methods is very different however, as is the time for sample preparation. It must be emphasized that for both rice and grape, Synergy™ lysate was prepared in 5 minutes, as opposed to 90 minutes for DNeasy® and several hours for CTAB. The sorghum qPCR set does not reflect the initial concentrations of DNA in the four preparations. It is believed that non-specific priming may be causing significant background fluorescence. The sorghum reaction requires additional investigation.