DNA isolation from plants is traditionally done using hexadecyltrimethylammonium bromide (CTAB) in the extraction buffer, which binds to polysaccharides and makes them insoluble. CTAB reduces polysaccharide contamination that can cause issues with DNA in downstream applications. Also an issue is polyphenol oxidase that polymerizes monophenols following homogenization. The resulting polyphenols, like polysaccharides, can also hinder downstream manipulations of DNA. A good homogenization buffer will include additives such as PVP (polyvinyl pyrrolidone) to remove polyphenols. CTAB extraction buffers should eliminate these issues, making the isolation of high quality DNA considerably easier.

Protocol (preformed for each buffer)

Table 1. Summary of yields and purities of DNA.

The DNA samples were scanned using a DeNovix spectrophotomter. The resulting scans are illustrated in Fig 1. 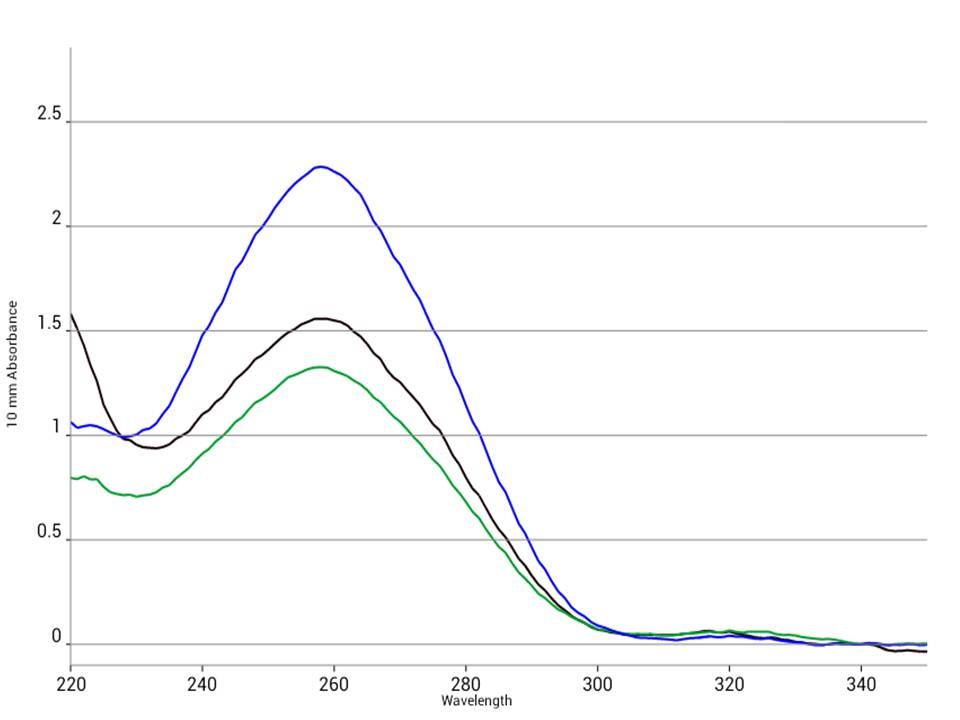 Figure 1. Scans of the DNA preparations from corn using different CTAB buffers. The G-Bioscience buffer is the black line, the Homegrown is the green line, and the CTAB Extraction Buffer is shown in blue.The result from this comparison shows that although CTAB and other additives are important for DNA isolation, other aspects of the buffer formulation are critical. The OPS Diagnostics CTAB Extraction Buffer was analyzed and adjusted to provide higher DNA yields and purity.